بِسْمِ اللَّهِ الرَّحْمَٰنِ الرَّحِيمِ
In the name of Allah, the Most Gracious, the Most Merciful

I was having my lunch at a restaurant that I regularly go. Then, I was approached by a boy, asking for donation for his Tahfiz school.

Sad, this is a common scene now in Malaysia. Especially at big cities like Kuala Lumpur. They are like the modern day "Chimney-Sweepers" (Referring to William Blake's poem). These kids, as young as 6 years old, and teenagers with their innocent look, asking sympathy and begging for sadaqah or donation in public places, sacrificing their energy, time and even their "face", perceiving that they are doing an honourable action, helping their schools.

I am obviously against this scene, and I know I am not alone. There are too many questions and issues surrounding it. Why are the schools asking the students to seek for donation in public places? If anything happens to these students, such as accidents, injuries, kidnapping (Nauzubillah), who will be responsible? Will the schools be responsible? Do the schools have some kind of insurance for the students? I doubt it.

And whenever we ask the kids, why are you asking for donation, why don't your teachers do this, they would say, their teachers are also doing this. But I have never been approached by "teachers" from these Tahfiz schools while I'm eating at food stalls or restaurants, claiming they want to seek donation for their schools. And these kids have fixed answers to all the questions that we ask them. Probably they have been well trained by the teachers.


Watching these kids going from one table to another, from one shop to another, from one stranger to another, just breaks my heart. While other fortunate kids out there are at their schools, learning something new, spending their time going for tuition classes, or attending music lessons, language or IT courses, but these kids have to approach strangers, repeating the same donation seeking script, and burn their precious youth time.

And today, from the boy who approached me, I have discovered something else about them that breaks my heart. I asked the boy, how old is he. He said he is 15 years old. In Malaysia, at this age, students are supposed to sit for an important national exam called Penilaian Menengah Rendah (PMR). And there is another very important national exam that a secondary school student must take in their final year of schooling, in order to further their studies at the tertiary level, which is called Sijil Penilaian Malaysia (SPM).

So I asked him, "So you're sitting for PMR this year, why are you doing this?". He replied "In my school there is no PMR, there is no SPM". I was shocked. I looked at him, and asked again "No PMR? No SPM? Then what do you learn?" With his humble tone and innocent face, "We still learn, Maths, Malay and English languages, and other subjects. We have normal exams. But we don't have PMR and SPM". I was so surprised, and asked him, do his parents know that his school has no PMR and SPM? He said yes. I then took a deep breath.

I looked straight at his innocent face, and advise him "I am a teacher, and I want you to know that PMR and SPM are important examinations. If you want to go to universities or colleges, you need SPM results. If you do not sit for SPM, it's going to be difficult. Please think about this. And please tell this to your parents. Okay..?" He nodded innocently. Then I took out some money, gave it to him, told him, that the money is for him, to buy food, or books, not for the school. And that is my amanah to him. He took the money, said thank you and went off.

I watched him as he went away. He does not have PMR qualification and if he continues his education at the same school, he will not have SPM qualification either. And he seems to be a nice, obedient, respectful and innocent boy. How can he further his tertiary education? How can he enroll in colleges or universities? What will happen to his future? God, this truly breaks my heart.

I want to do something about this. Let's do something about this. I would like to suggest and call the people who are concern about the future of these kids and teenagers to communicate to them the importance of attending a proper education, with proper examinations such as PMR and SPM. Whenever they approach us to ask for donation, just have a chat with them, and ask them whether they have to sit for PMR and SPM exams. If their answer is "No", then we just tell them a simple sentence "Please tell your parents that PMR and SPM are important for your future. And for a brighter future, better life ahead, you need to sit for these exams. Please remember this advice".

Let it be, every time they approach anyone, everyone will tell them the same advice. Let these words resound in their heads, minds and their subconscious. I am sure one day, this advice will go into their heads, and they will think about it. And who knows, maybe they will also find the way to do something about it. Though I know they are also helpless. Their parents or guardians are those who have the say and the control. But who knows, by God's will, maybe through our small effort of advising them, something will happen to change their fate and save them.

Yes, they are like the modern day "Chimney Sweepers". And sadly, we, the public of modern times, are still helpless in helping and saving them.

Hi, I came across your blog and I enjoyed reading your amazing stories. Interested to collaborate? Email me at nurul.aini@zalora.com.my. I couldn't find your email so I am leaving a comment to u. Hope to hear soon. Thanks! Ps: this is NOT a spam yah haha :)

It's just a thought 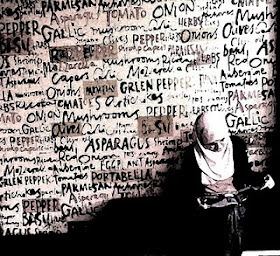